Who is St. Julian? 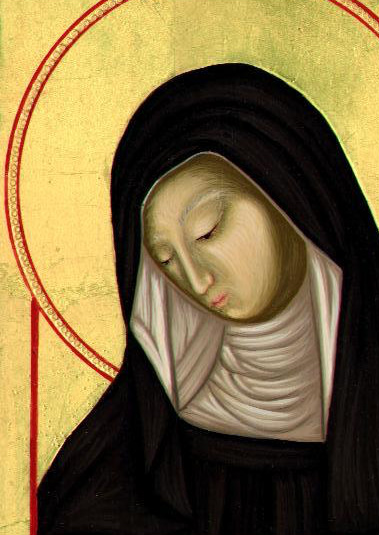 The Lady Julian was born about 1342, and when she was thirty years old, she became gravely ill and was expected to die. Then, on the seventh day, the medical crisis passed, and she had a series of fifteen visions, or "showings," in which she was led to contemplate the Passion of Christ. These brought her great peace and joy. She became an anchoress, living in a small hut near St. Julian's Church in Norwich, England, where she devoted the rest of her life to prayer and contemplation of the meaning of her visions. St. Julian wrote the results of her meditations in a book called Revelations of Divine Love.

During her lifetime, she became known as a counselor, whose advice combined spiritual insight with common sense, and many people from all walks of life came to speak with her. Since her death, many more have found help in her writings. Her most well-known phrase that has brought comfort to many people in many generations, which is rooted in her belief that God is love and present with us, reads, "All shall be well, all shall be well, in all manner of things all shall be well."